knock it right off

The problem is, I don't feel like this behavior is strictly found inside the walls of this school.  In fact, if we are being honest with ourselves, I think the same behavior is found literally everywhere.  People are mean.  And right now "bullying" is a buzz word.  Now, I'm not going to point the finger at everyone else.  I'm the meanest human I know.  People just mistake it for humor and think I'm funny.  Which I am.  I also think there is something to be said about people being a little over sensitive when dealing with other human beings.  Just because Deborah had a weird look on her face when she walked by doesn't mean she hates your dress.  Maybe one of her eyelash extensions fell in her eye.  Just because Becky got snappy when you asked her to scoot her cart over in the cereal isle doesn't mean she's a hag.  Maybe she's had skinny jeans on for more than 20 minutes.  Maybe she's tired.  Or maybe she needs carbs.  You don't know. 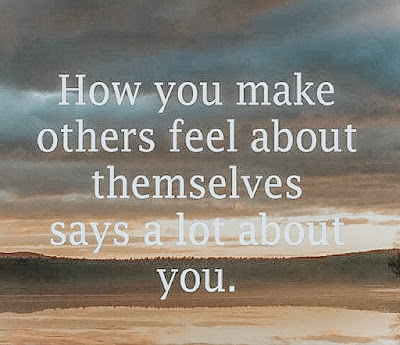 I've sat in a faculty meeting and had another teacher demonstrate excellent passive aggressiveness and say things like, "It's too bad the officers can't get an advisor that understands her content area and can teach them how to spell."  I've introduced myself to new teachers and told them I taught honors English only to have a teacher passing by throw out, "But we aren't sure why.  She is hardly the smartest in the department."  I've seen inappropriate comments that are demeaning and degrading left on social media accounts.  I've been called out in front of an entire ward choir when serving as their accompanist by the director for not having enough talent to magnify my calling.  I've walked by and overheard moms laying out at a pool commenting on the size of another mom in her bathing suit swimming with her kids.  I've been at the gym and had a fellow lifter tell me I look too soft and should work harder.  I've seen moms scold my friends for letting their kids sit on their lap in the drivers seat while in park in a parking lot.  Knock. It. off.

Why are people class A jerks? And who has the kind of energy to care about what someone else is doing? I'm so engulfed in keeping my head above water day in and day out, that I literally cannot fathom how someone is seriously so passionate about what a co-worker or fellow mom are doing for five minutes of their day.  Like, pipe down, Karen.  I will never judge someone for their race, career, clothing, gender, sexuality... bad grammar, though? Or favorite Nerflix series? Those will get you public ridicule, and I don't feel bad about it. Some things just have to be said.