September 17, 2018
When Dewy finally reached service, and started getting the onslaught of texts I'd been sending him for over a week, he gave his hot little number a call--that's obviously me.  When I picked up the phone, a little too eagerly, and after a few inappropriate comments, the following conversation ensued:

Me: So....?
Dewy: Jake shot a deer!
Me: Why would I care what Jake shot? Did you shoot anything?
Dewy: Well, no.  But I have a lot of stories!
Me: That is NOT why we go hunting, dear. Nor is that a legitimate reason to endanger the lives of your children.

When Dewy comes off the mountain, he's like a new man.  He is more patient.  I believe this comes from the massive amount of patience required to hike for miles and pursue large game.  Or at least that is how he describes it... "Do you know how hard it is? How close you have to get to the elk without them seeing, hearing, or smelling you?" Well honey, I'm smelling you right now, and I can only imagine what is causing your problems up there.  He is more loving.  I believe this comes from being in camp with five men for over a week.  One of the texts I sent him said, "I think it's time to come home now.  I look hot today...way hotter than Jake or Tyson.  Plus, boobs."  This also could have come from the fact that one of the guys in camp left his wife an son a surprise for every day he was gone, and the guilt was getting to the rest of the men when they found out.  Dewy came home to a drained bank account, and a mountain of things from Victoria's Secret--none of which he will appreciate--when I found that out.  Ok let's be honest...I had already spent that money before I knew, and Dewy is such a hunk that I didn't even care.  He thinks more clearly.  This is great because after 8 days of being in survival mode over here, we need someone who can think clearly.  There's something about fresh air and unplugging from the world that really helps one focus.  Not enough to entice me to any mountain, but whatever.  That is what a pedicure is for. 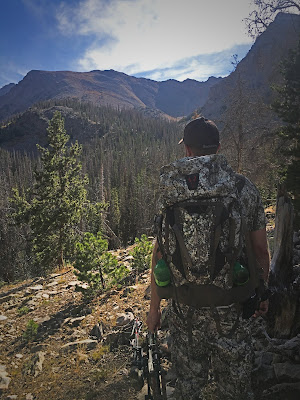 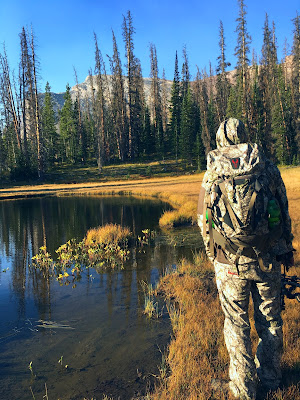 It doesn't matter if he brings home the bacon or just a mountain of disgusting laundry.  He is happier, more content, and rejuvenated, and that is the reason I will always support his hunting hobbies.  Also, when we built this house and I tripled our kitchen budget--oops--he only agreed to it if I swore I would never complain when he went hunting.  So there's that.