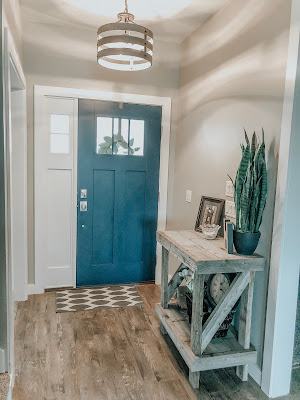 Let's keep the party going over here, shall we? I'm sure you've all been hanging on the edge of your seat waiting for the tour to continue.  If you haven't, well... shame on you.
Our entry way was a big focus of mine when we designed our house.  Our previous home had a split entry, and after six years of trying to haul in infant carriers, children, groceries--all at the same time--I was adamant about having a spacious entry way.  The front door was always going to be a color, and the options I was throwing out caused Dewy major stress.  Don't tell him, but the bright colors I mentioned were just to watch him squirm.  I was always going to pick blue.  Plus the name of the color is Salty Dog, so it was appropriate when it came time to paint our dog house that I should pick that color to match. I wanted windows in the door, but not to forfeit any privacy, so the high window in the side panel and the three across the door nailed the goal.  As for the light fixture... can we just do a collective sigh?  Dewy actually picked that light.  He's got good taste.  I mean... hello... he married me. 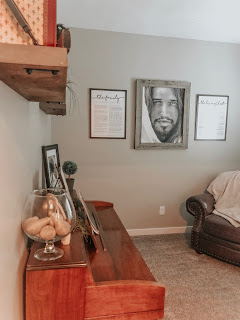 As for that entry table? I built it myself.  Ha.  Yeah right.  I've learned a lot of things over my 30 years of life, and one of them is to surround myself with awesome people.  It's even better if these awesome people have skills.  We've been friends with Kurt and Marcia for years, and we keep them around for the laughs and the handiwork.  That table is a Kurt Wilson original, along with about half the other decor in my house.  I complained one night that I needed a table but couldn't find one the right size and style, muttered some vague measurements, and BAM! In walks Kurt a few days later with the most glorious barn wood entry table known to man.  Sorry ladies, he's already married to a rock star, and the role of best friends has been taken as well.  The flooring runs throughout the entire house, and is a hand scraped laminate.  I loved the grey coloring to it, and the movement of the grain. It hides all kinds of grime, which makes it mom's best friend. 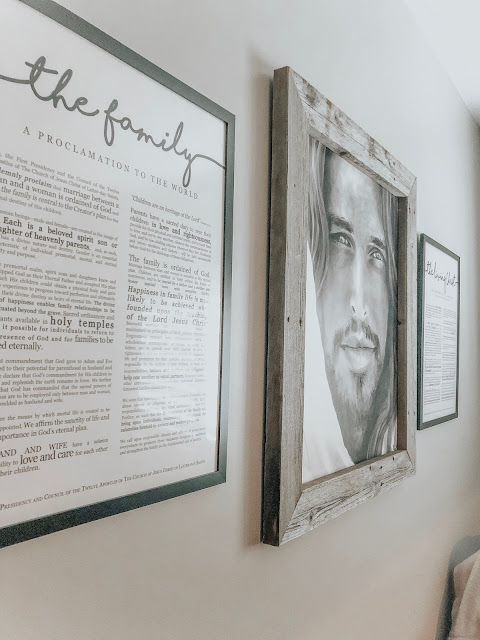 Next to the entry is my piano room.  I realize formal living spaces are losing their popularity, which is why I didn't refer to it as such.  I need a rug.  Also pillows.  I welcome all suggestions for places to purchase cool rugs. My favorite part of this room--other than the piano which is well loved--is the framed art on the far wall.  I literally built this room with those pictures and prints in mind.  I wanted to set a tone for when people entered my home, and what better way then with those?  You know... until they get inside and realize we are out of control. We will bamboozle you as long as possible.  If you are interested in where I got the prints, let me know.  The black frames came from Amazon, and the barn wood frame is another Kurt Wilson original.  For the record, I wanted the frame to be a 1x2 raw pine frame.  When I presented that to Dewy and Kurt they told me it was a stupid idea, so naturally we took votes.  Everyone I text for a vote betrayed me, and voted barn wood.  Don't tell them, but I think we made the right choice.   The shelves in this room were made by Dewy and Kurt as well, and all the matching barn wood is as close as I will ever get to owning anything related to livestock. 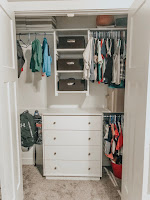 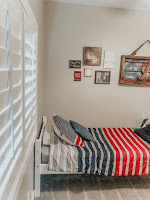 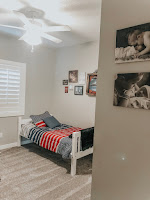 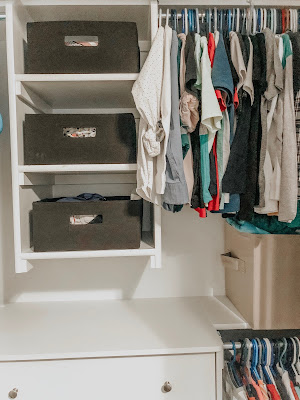 The boys bedrooms and bathroom are on this side of the house as well.  Putting the boys on the opposite side of the house was one of the smartest moves we've ever made.  It's quieter, and if someone breaks in to my house they are the closest to the door.  Don't worry, they would bring them right back.  The bedrooms are mirror images of each other, and my claim to fame here was the genius move of putting drawers in the closets.  We discovered it was cheaper to buy a dresser and have the finish guys install it and build the closet organization around them, rather than have them build actual drawers, so that is what we did. 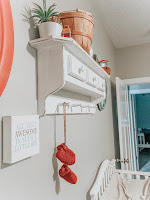 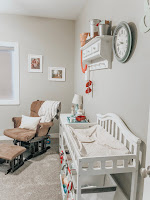 Throw in some Walmart bins and some hooks for backpacks, and these closets are complete!  All bedrooms have fans, but the rooms on the front of the house have plantation shutters as window treatments, while the rooms at the back have blackout shades.  I love them both, so special thanks to Tyson Thornock--the window treatment guy--for putting on his brave pants and talking me out of my original idea of shutters everywhere.  Even when I demanded I wasn't interested in hearing his ideas.  Man... I'm seeing a pattern of men changing my mind here that I didn't realize until now.  Can't say I'm too impressed.

The boy's bathroom is pretty dreamy.  I bet you've never said those words before.  Boys are foul.  Like... so foul.  Anyway... I didn't want to incorporate subway tile in my kitchen, because I knew it was going to be floor to ceiling in this bathroom, and again, black grout required.  Fransisco--the tile guy--was super unimpressed by that decision.  I'd rather not know the mold was there, thank you very much.  We had a light put in the shower, which I'm super pumped about, along with the beautiful brass fixture over the sink.  The counters are white quartz with a 2 inch mitered edge, the floors are linoleum--and not the stupid 1950's kind--and I'm still hunting for something to hang above the toilet.  Smaller subway tile back splash, a drawer underneath the cabinet, and all I need now is for no one to use the bathroom.  Or rather... only those who know how to use the bathroom like humans, not savages who pee all over the place. 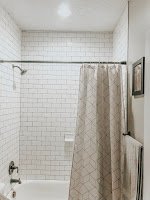 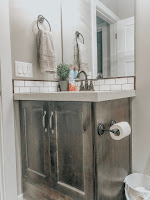 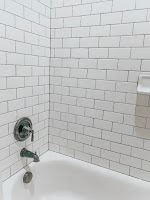 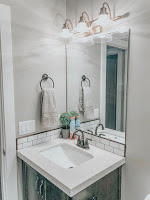