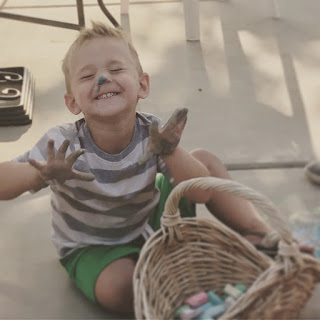 When Rhett was 18 months old, we decided to try for baby number two.  I wanted my kids to be 2-3 years apart, so that was perfect timing, and since Rhett came so easily I never considered any other way.  We didn't tell anyone we were trying, but after about 8 months and no success we started talking about it a little bit with our family.  We went through a few different tests when we were trying to have Larsen, and one of which was completely awful.  My doctor suggested doing and HSG--there is a ridiculously long name for it--which is, as he described it, an X-ray.  Sounds harmless, right? I thought so too. 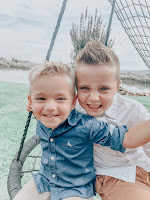 When I got to the radiology department at the hospital, the woman walking me back asked what I was there for that day.  I told her an x-ray, and she asked what kind.  I told her I thought it was called an HSG, and she said that was correct.  I changed into a gown, and waited for the lucky person who was going to check out my insides.  A tech came in, and had me hop up on the table, and it was in that moment I realized I might have missed some crucial information about what was happening that day. 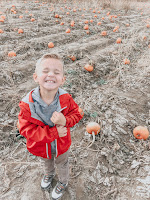 She got me comfortable and then proceeded to explain that to my right there was a wall and that she would be standing on my left.  The PA doing the exam would be at my feet, and she needed me to know that I was completely safe.  She also explained that it wasn't uncommon for women to become ill or even lose consciousness during this procedure, and in that moment I thought, ¨What in the... this is just an x-ray!" Then the PA came in, looking all Ryan Gosling-esque, and I understood why the women lost consciousness.  Just kidding.  He was good looking, though.  So that was comfy.  He explained that he was going to shoot dye into my uterus and the computer would show him what it looked like in there.  Men, skip this next part and jump to the next paragraph.  I can only describe that feeling as someone inserting a balloon and then turning on a fire hose to inflate it.  Holy pain.  He had me attempt to move my hips so the dye could go toward my ovaries, and when he found a blockage he went ahead and blasted through it with the dye.  Like it was a frickin' squirt gun.  Come on.  It should also be noted that he used a plastic opener thing that made a horrifying clicking nose as it opened me up down there.  Those should be illegal. 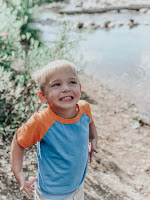 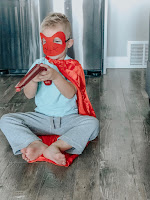 I never did lose consciousness, but I did call Dewy furious as I marched up to my doctor's office to let him have it.  It was a similar conversation to the one I had with my mom about not warning me about the process for checking to see if you are dilated.  So rude.  His argument was that it was unnecessary to stress me out, and that he didn't lie...it really was an X-ray. 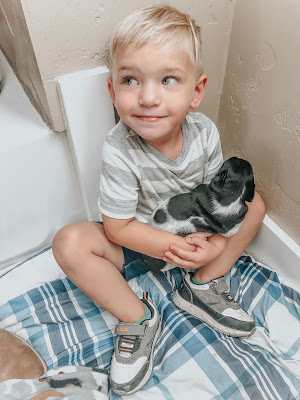 After some rounds of medication and fertility help, I finally got a positive pregnancy test three and a half years from when we started trying.  I called Dewy and demanded that he come home from work immediately.  He sped home, and together we cried on the staircase in front of a bewildered Rhett.  Looking back, we joke that the reason it took us so long to have Larsen was because the Lord was saying, ¨I need you to be REALLY sure you want this.  He is full crazy.¨   Our families shared in our joy, and the memories of pregnancy came rushing back as they always do.  I was a little sicker this time around, but I didn't care one bit.  Bring on this baby!

As the time for delivery drew closer, we discussed the need for another C-section, and I started to immediately panic.  The last delivery had gone smoothly until the baby was out, and I was terrified to relive that again.  I voiced my concern to Dewy, but no one else.  I have a reputation of being tough to uphold.  The night before the delivery we took Rhett to my parent's to spend the night.  I remember leaving there and being really emotional.  I was scared to deliver.  I was scared to have two kids.  I was scared about the sibling dynamic because I wanted so badly for them to be best friends.  Dewy gave me a blessing, and the next morning we were at the hospital bright and early.  As they prepped me for surgery, Dewy immediately voiced my fears to the nurse.  She said she would mention it to Dr. Patel, my anesthesiologist, and they would make sure I was ok.  Again I got up on that stupid little table, again my leg donkey kicked when he inserted the epidural, and again I was numb to my eyeballs.  As the baby came out, I realized the procedure was going to be different this time.  They didn't whisk him away for weighing and cleaning like they had done with Rhett.  They did it all in the same room I was in, and shouted his weight and length to me.  I heard him cry.  And cry he did.  That boy hasn't been still a day in his life.  Then, as they stitched me back up--numb as can be--Dewy got to hold our new baby right by my head until they were done.  I am convinced that my delivery was so smooth, because everything else about Larsen wasn't going to be. 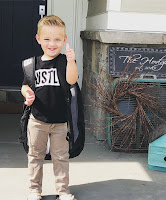 My recovery was slick.  I was walking around faster that the first time.  I was up getting ready by myself each morning, my pain was low, and I felt like a million bucks.  I swear this is because I worked out my entire pregnancy.  Larsen was a hard baby.  He cried a lot.  He never slept.  He didn't want to be held, but he didn't want to be put down either.  The kid was a hot mess, and so was I.  Let's be honest... we still are.  Adjusting to two kids has been the hardest adjustment for me thus far.  Let's talk baby names for a second.  Dewy and I bickered my entire pregnancy with Rhett about what his name was going to be.  However, with this baby it was totally different.  One date night we were out to dinner at Rovali's, and the idea of a name came up.  Dewy and I looked at each other and almost in unison said his exact name.  It was clear as a bell what his name was supposed to be, and why.  He would inherit the middle name of Dewy's dad as a first name, and the first name of my dad as a middle name.  Being named after two strong examples of work, service, and manhood would serve  this baby well in his life, and as his mother I pledged to spend my life making sure he understands exactly what his name represents. 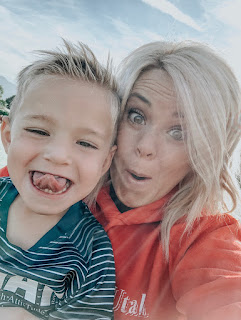 Larsen Bradley is his own breed of human.  He is wild, and loud, and busy.  He loves to have fun, and he loves to talk.  He has freakishly long eyelashes, and when paired with his blonde hair, green eyes, and smirky grin I know I am doomed.  The kid is mischievous, sneaky, charming, and slightly naughty.  He is also very touchy and loves to snuggle and give kisses and squeezes.  I am planning on locking him in his room every night at 9:00 until he leaves on a mission.  Otherwise, I fear I will be an early grandparent.  He loves school, singing, dancing, pink, and he gets literally all his nutrition from chocolate milk and otter pops.  His claim to fame is when he sang Baby Got Back and I caught it on camera, and shared it with the world on social media.  He loves his dog, playing rowdy, and is the first to say thank you for something that means a lot to him. He tests my patience, and most everyone else's, but he was worth every month of trying to get him here. 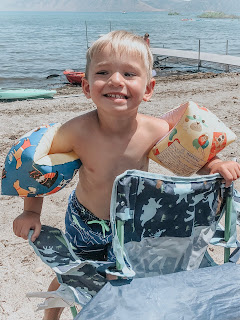 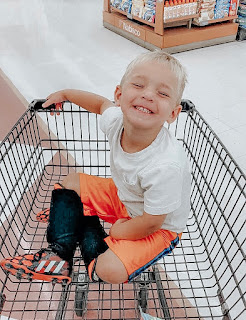