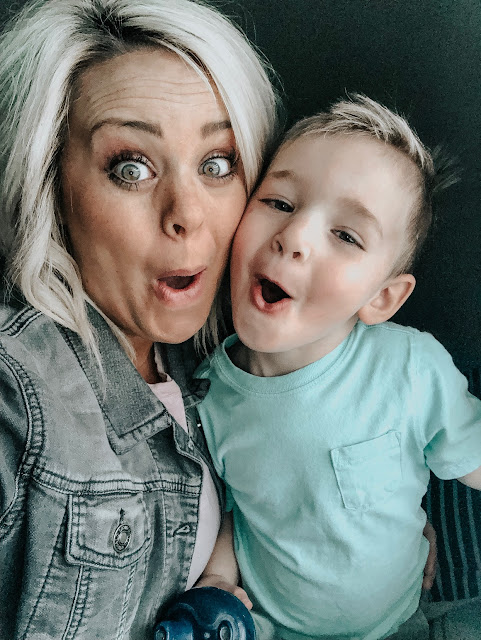 Being a first time mom, I was terrified.  Who isn't? Like... I can't even be trusted to wear matching socks, and you want me to take this human being home? And keep him alive? As Rhett and I got to know each other over the first little bit of his life, I decided I was the world's best mom.  He slept when I said; he ate when I said.  He was adorable, and smart, and HUGE.  I remember thinking that I couldn't fathom what moms were complaining about.  It isn't THAT hard.  Oh Amber... you big, BIG idiot.

If Rhett left me thinking I was a good mom, Larsen went ahead and DASHED all those ideas in one fail swoop.  Straight from the womb Larsen was a screamer.  He was the worst sleeper ever, the worst eater ever, and he couldn't decide what he wanted.  If I picked him up, he screamed.  If I laid him down, he screamed.  If I sang him a song, he screamed... although, to be fair, most do.  All of a sudden I realized that I had ZERO idea what I was doing.  Rhett had bamboozled me in to thinking I was a pro.  I feel like the Lord does that on purpose.  Like... if he sends the good one first, it will convince us to have more.  Then WHAM! you get a Larsen. 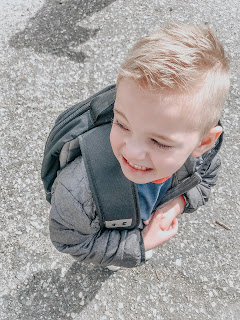 Now, don't get me wrong.  Larsen is so sweet and polite.  He bats his luxurious eyelashes and says you're pretty and gives you a squeeze, and you find that it's easy to let your guard down.  He giggles and you giggle and then he tells you an outlandish story about how his six month old cousin stole his coat.  He has a wild imagination.  Then all of a sudden the kids flips a switch because you used the sippy cup with Mickey Mouse and not the one with stripes.  His stubbornness and strong will are going to serve him well in adulthood...if he gets there.

A little while ago I was at my wits end with Larsen.  He and I went the rounds, and we both ended up having a break down.  I threw my hands up in the air, abandoned any hope that I would ever be good at being a mom, and sought advice from the interwebs.  I posted an insta-story asking all of you if you have a child like Larsen, and what works for you.  As the ideas came pouring in, I saw three very distinct categories: 1. beat him (and other variations that were obviously jokes so don't get your panties in a wad) 2. people begging for me to share what I learn because they were in the same boat as I was, and 3. WONDERFUL advice.  Because so many of you wanted to know my findings, I decided to lay it all out here, so the following is what people had to say:

1. Praise the good behavior he demonstrates.  Like over the top praise it.  A lot of people suggested some form of positive reinforcement as a method of deterring him from the negative.  I feel like this is something we already try to do, but the negative behaviors are still happening. 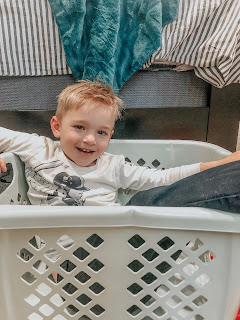 2. Give him choices.  Strong willed children don't like being told what to do.  If I tell Larsen he is going to sit down and eat his dinner until it's gone, he lashes out.  If I ask him what he wants for dinner between two options, he is more apt to have a pleasant meal with the family after making his choice.  Providing him with choices seems like a good option, and one I'm going to try harder to implement.

3. Get down on his level and talk calmly.  This sounds good in theory, but when mama loses her mind someone needs to be getting down on my level and talking calmly.  I need to have some kind of alert in place for this.  Like, Amber... you've gone from level 2 to level 6 on the crazy scale.  Now would be an excellent time to kneel down and calmly talk to Larsen eye to eye before you get to 10.  Can I hire someone to do that? Gauge the crazy bulging from my eyeballs and swoop in? Any takers?

4. BOOKS! I had several of you suggest different books for me to read.  These included The Child Whisperer, How to Talk so Your Kids Will Listen, Outliers, Love Languages for Children, and Sibling Rivalry.  I'm obviously going to be getting all of those, so stay tuned.

This outcry for help taught me a few things.  Being a woman is hard sometimes, and it's hard FOR EVERYONE.  It is our natural instinct to nurture, and sometimes things get in the way of that which makes us feel foreign in our own bodies.  When I start yelling--guess what? I do. And I'm willing to bet you do too, Janet, so put your judgement in your pocket--it doesn't feel natural and I hate it.  So whether your need to nurture is being halted by infertility, rage, or the fact that you just don't have anything left to give because you're so worn out, take heart. You're not alone.   And stop mom shaming.  Just because one person's struggle is different than yours doesn't take away from the fact that yours exists.  And likewise, doesn't mean that yours is harder than theirs. Some people can handle more than others, and that means that our trials are ALL TRIALS.  Just because you think yours is harder, doesn't mean it is.  Don't stick your nose into something you don't understand, even if you think you do.  Strong women empower other women, so if you see/hear of a mom struggling, say something nice or MOVE THE EFF ON.